back to Book of the Month

One of the ‘fathers of science fiction’, H.G. Wells was seen as forward-looking and prophetic. I’m not a huge science fiction fan, but I have always enjoyed The Invisible Man. Published in 1897, it mingles science and horror. This novel will make you realise that invisibility is no blessing.

Get the full-length Literary Reader’s Guide

Come with me on a fabulous reading journey through 2020. Together we will explore a thought-provoking selection of 19th and 20th Century classics. For each novel you will receive an illustrated monograph packed full of intriguing stories about the author behind the book, explaining its themes, tempting you with film versions to watch, and challenging you with discussion questions.

I love to share my passion for great literature. Please consider joining me in this literary exploration.

I am not a big sci-fi reader. Generally, I like my novels to deal with things that I know can happen when it comes to science and technology. However, I do really enjoy H.G. Wells’s The Invisible Man because although it is hard to believe in the idea that a man could turn himself invisible, Wells makes it so easy to be convinced by all the difficulties that man experiences once no-one can see him. His problems with cold, finding food and shelter, and his growing realisation that invisibility is not what he expected are all so vividly portrayed. Wells shows how very basic these requirements are, and that nothing else can bring pleasure when essential human needs are not met.

I also generally prefer my novels to have a hero and heroine, and this has neither. It has an anti-hero, and very few female characters. But it does have a gripping plot, and it’s a novel that makes you think. We live in a world where science is continually pushing the boundaries – what is moral, how far should science be allowed to go? These questions of today were questions which fascinated H.G. Wells in an era when science and technological progress were making rapid and sometimes frightening advances. This is a book that makes us think about scientific development, power, money, and about morality.

“To do such a thing would be to transcend magic. And I beheld, unclouded by doubt, a magnificent vision of all that invisibility might mean to a man—the mystery, the power, the freedom. Drawbacks I saw none. You have only to think! And I, a shabby, poverty-struck, hemmed-in demonstrator, teaching fools in a provincial college, might suddenly become—this.”
― H.G. Wells, The Invisible Man

Tell me what you think…. 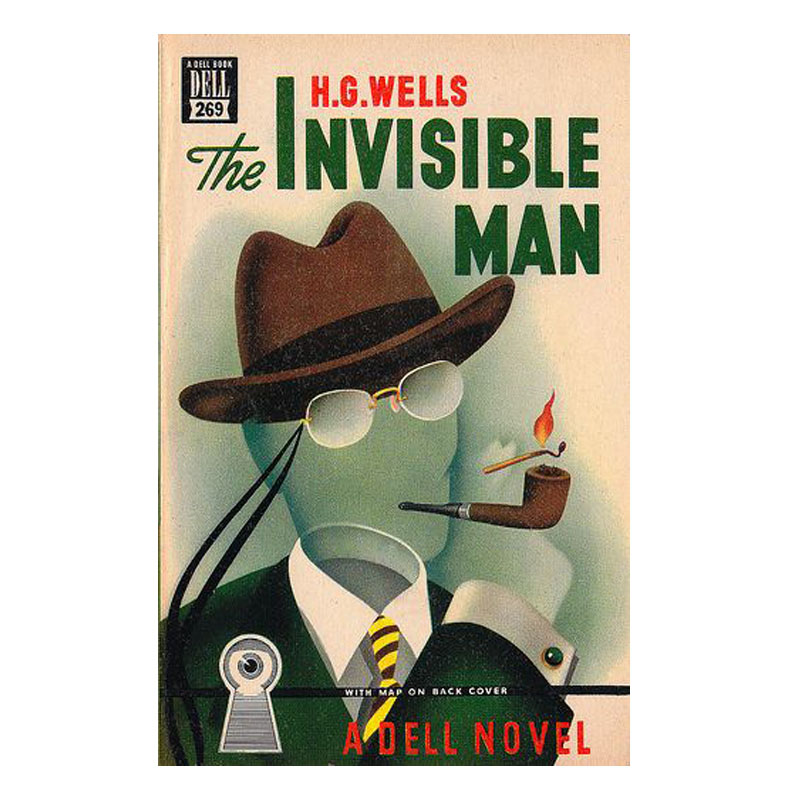 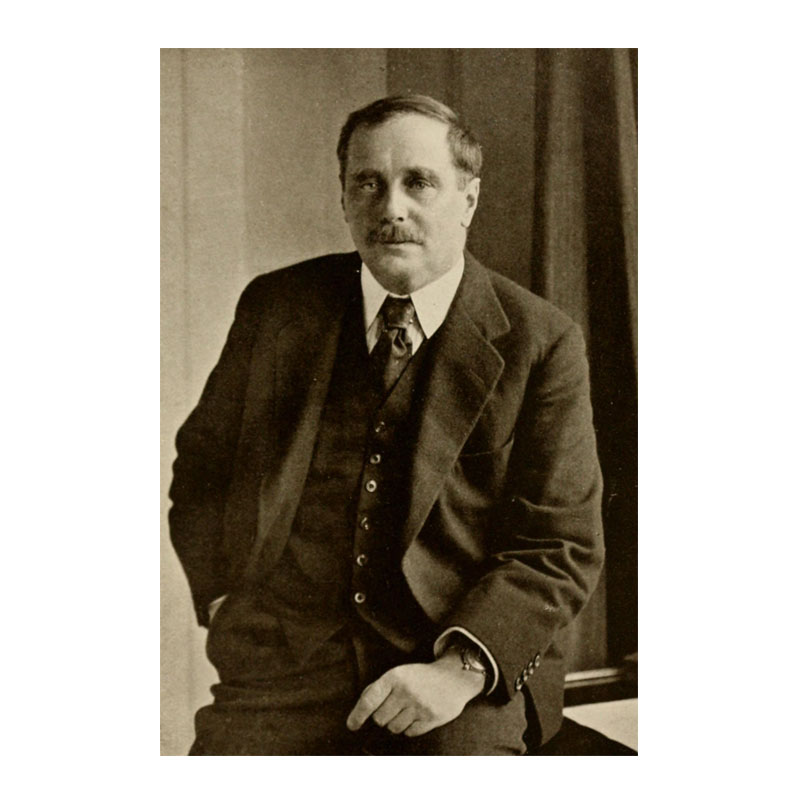 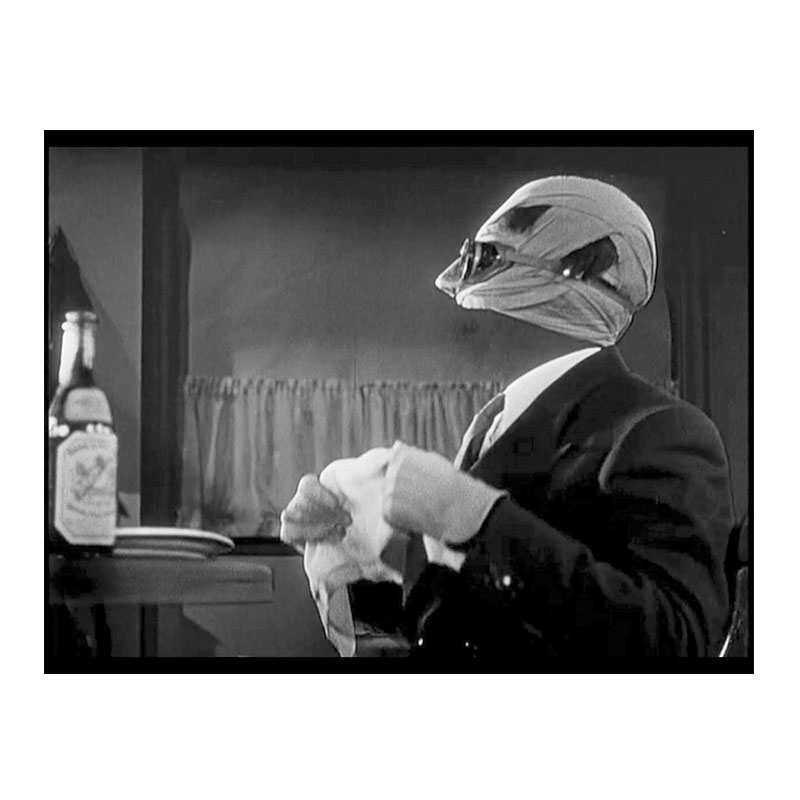 The Invisible Man made its first appearance in serial form, in Pearson’s Weekly magazine in 1897. It came out in book form that same year. Wells had read the Bab Ballads by W.S. Gilbert about the perils of invisibility and this inspired the plot of the novel. He was also influenced by Plato’s Republic which spoke of an invisibility ring which gave the wearer the power of Gods.

The idea of invisibility strongly appeals to the imagination. Children love to fantasise about what power they would have, escaping anything unpleasant, and able to go where they like. Adults frequently wish they could just disappear from an awkward situation, or dream of what they could overhear or learn if they could make themselves invisible. In fairy tales and legends, children’s fiction and in Harry Potter, invisibility seems a wondrous thing.

But what all these daydreams do forget is reality and practicality. In this fascinating novel, Wells shows that invisibility is not all we imagined. Our human need for warmth, beds, food and companionship are all at odds with the premise of going through the world unseen. Of course, our fantasies allow us to stop being invisible whenever it suits us, but again Wells shows that perhaps there is no way backwards once the fatal step has been taken. He forces readers to examine the consequences of decisions, the limits of personal freedom, and the clash between what we imagine, and what we actually experience.

Links to my recommended reading list, videos, websites and more:

FIND IN A LIBRARY (You will need to create an account and hold a library card.)
The Invisible Man by H.G. Wells National Library of Australia free public access to books in Australian libraries.

We live in a world where science is continually pushing the boundaries. What is moral, how far should science be allowed to go? These questions of today also fascinated H.G. Wells in an era when science and technological progress were making rapid and sometimes frightening advances. Do you think this book is still relevant today? Tell me in a comment.

I only recommend books I have read or know. Some of these links are my affiliate links. If you buy a book by clicking on one of these links I receive a small commission. It doesn’t cost you anything extra, but does help cover the cost of producing my free newsletter.